Let me entertain you.

Finding out about a new band or album that can potentially become a new favorite is one of life's many pleasures, like discovering a TV show you really love, or a new restaurant you can't wait to get back to. I've been on a mission as of late to broaden my musical horizons and with that in mind, I present to you a few of the CDs I've been listening to recently: 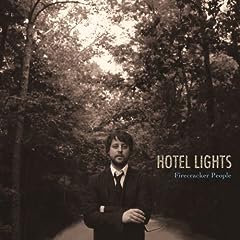 Hotel Lights - Firecracker People
Darren Jessee, former Ben Folds Five drummer and co-songwriter, formed Hotel Lights in 2005 as a way to put out there the kind of music he always wanted to write. Sort of alt-country, very relaxed, mellow, lots of guitars and synth. I think someone described it as atmospheric, which makes perfect sense. The whole album feels familiar and comfortable, like a front porch on a still, quiet late-summer day, with Elliott Smith hiding in the bushes. 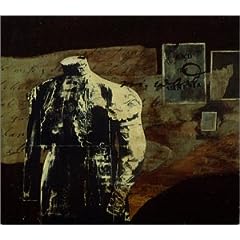 M. Ward - End of Amnesia
Sort of hard to describe - think a little Tom Waits, a little Nick Drake, mixed with some really cool sound effects and the occasional slide guitar. It's laid back and cool, but smart and clever, too. I've listened to this one before bed the last couple of nights and have slept really, really well. There's a timeless quality to this album, and it sort of feels like I'm listening in on someone's dreams from the past or the future. 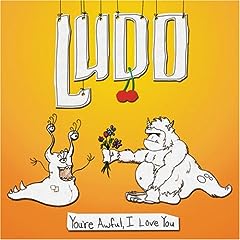 Ludo - You're Awful, I Love You
Guilty pleasure here. It's not the greatest album in the world, but there are enough theatrical moments to keep me listening. "Love Me Dead" is probably the best track, but the others are nice, brainless ear candy with an overly-dramatic emo slant. I'm a sucker for theatrical with a dark twist, hence my affection for My Chemical Romance. Ludo tries really hard to fit in that niche, and does a respectable job, but sometimes the lyrics are almost too clever, as if the band is a little too pleased with itself. If you can get past the forced wit, it's a decent listen. As I said, guilty pleasure.
Posted by Lyndsey at 12:07 AM